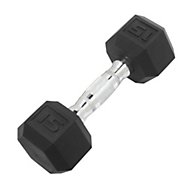 Always on the lookout for means of fulfilling the needs of vulnerable segments of the population, Ezer Mizion has recently opened a new physical fitness center for men dealing with mental health issues. The center focuses on weight lifting, muscle strengthening, and nutrition training. Its long-term mission is to prepare the client for gainful employment, enabling him to  gradually re-enter mainstream society. END_OF_DOCUMENT_TOKEN_TO_BE_REPLACED The Coronavirus has severely impacted on Ezer Mizion registry’s lifesaving efforts.  A complex situation indeed but when lives are at stake, Ezer Mizion staff will not rest until a solution is found.

When we take pictures, we direct the camera outward, to the world around us. We see a path, a flower, a beach, a child. We aim the camera and press the button, capturing the moment in a photo. The photographer compels the viewer to adopt his perspective, the unique manner in which he views the world. The viewer thereby is able to visualize the inner world of the photographer. And the photographer is able to see more clearly the depth of his own mindset in the view he has captured. END_OF_DOCUMENT_TOKEN_TO_BE_REPLACED Hundreds of  rabbis from across the country participated in a “Medicine and Halachah (Jewish Law) ” conference at the Convention Center in Haifa, organized by Maccabi Health Services. Maccabi is committed to provide uncompromising professional and efficient medical service, while adapting its advanced services and making them accessible to the religious public. This is accomplished through an open line of communication, sensitivity to the special needs, and constant consultation with the community’s rabbinic leaders. Maccabi proves, in practice, that ‘medicine according to halachah’ is possible and desirable.   This conference created a positive connection between the religious communities and Maccabi. END_OF_DOCUMENT_TOKEN_TO_BE_REPLACED

“Playtime is just fun-time. What’s really important is how he learns to read or add and subtract.” A common attitude but, according to the founders of Ezer Mizion’s Active Nurturing Early Learning Program, so very untrue. All activities of children are learning experiences and serve to enhance their abilities in specific areas. Furthermore, observing, understanding and analyzing their mode of play can help to identify potential disabilities.  The program can then be used to implement means geared to enhance the child’s development, thereby lessening any inherent learning disabilities down the line of development. END_OF_DOCUMENT_TOKEN_TO_BE_REPLACED Join the annual Ezer Mizion Chinese Auction and help save lives. You may be the lucky winner of $100,000! Each ticket only $10. http://emraffle.org We all have learned the words way back in primary grades. We heard the stories.  We know it’s true. We know whatever Hashem does is for our good. But do we really know it? Inside, where it counts? Miriam A’H really did. Miriam fought the battle with cancer for five years. During that time she developed unbearable sores in her mouth.  She called them diamonds. “Imagine having diamonds in your mouth. They’re sharp. They hurt. But how precious they are!”

If a miracle is defined as something above nature, Miriam was a walking miracle. Her difficulties began at age 25 after the birth of her third child when she received the news. Her response? “If Hashem wants me to live, I’ll live.” All of life is His will.” The disease spread. The pain was beyond endurance yet Miriam did endure it, strengthened by her deep understanding:  “The pain is a gift to cleanse me of my sins.”

Ezer Mizion was privileged to provide assistance to this incredible young woman. Her family vied to stay with her during her hospital stays and it was Ezer Mizion’s Transportation Division that drove family members to and from the hospital. The Food Division provided hot, nutritious meals for those staying with her to enable them to give their all to someone they loved with all their heart.  Very gently, oh so respectfully, as befits this angelic human being, its Ambulance Division transported Miriam herself for treatments. Ezer Mizion’s Guest Home for the Family, where fun and smiles abound at every corner, provided Story Hour, crafts, music, even a petting zoo, all run by trained therapists, enabling the family to eliminate travel for treatments and garner much emotional support.  Help with the children, help with the housework, trips, retreats and fun days to give strength to a young family whose lives had been turned upside down …all these were part of the package offered  to help them win the battle against that monster named Cancer that had entered their home.

Three days before her passing, she was discussing Hashem’s ways with a close friend. Her friend said that here in this world, it often appears to us that something is bad, is painful… like stitches that must be done so that we may heal. Miriam, felt otherwise. “No, it’s not like stitches. It’s like a whipped cream cake. A delicious cake delivered by a loving Father.”

The next night, she read her precious children a story, said Shma (bedtime prayer) with them and tucked them in for the last time. Her condition deteriorated after that and the doctor recommended sedation. “How long will the sedation last,” she asked. “Maybe forever,” she was told. In complete control, she asked forgiveness of her father over the phone since he, a Kohen, was unable to be with her in the hospital.   She wrote letters to her children, asking her daughter to always dress in a modest manner, her sons to continue to learn Torah with all their heart and to always know that she loves them and  is watching over them all. She wrote a list of items she had borrowed that had to be returned to neighbors and then, like a daughter whose job was done, she said Shma and vidui (confession), asked her husband to be sure she is covered properly after she falls asleep and to sing together with her ‘V’ani b’chasdecha batachti, …’ (a song of  belief in Hashem)